"Type specimens databases have been migrated to https://ivh.bsi.gov.in"
Botanical Illustrations 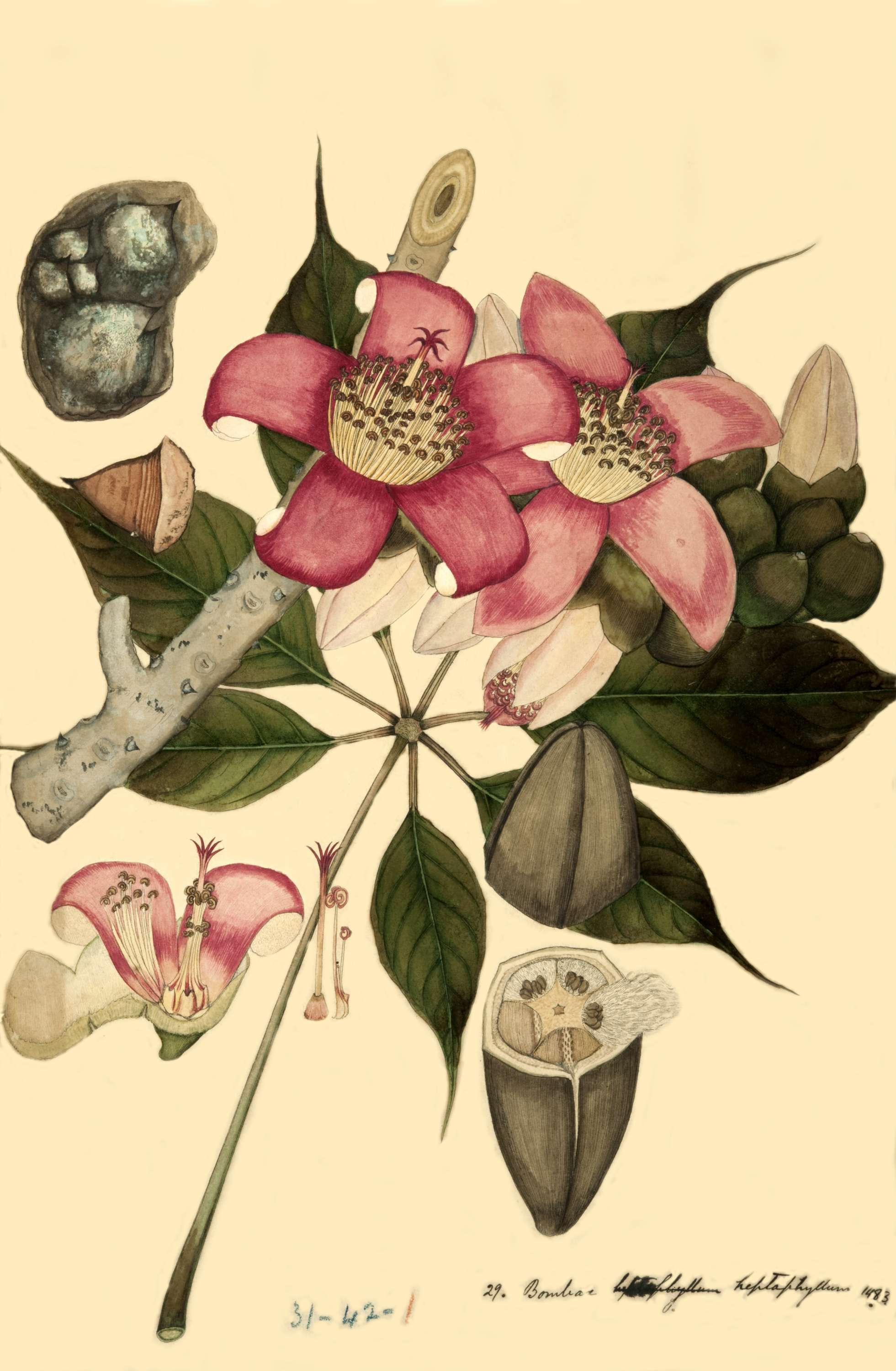 William Roxburgh (1751–1815), a Scottish Botanist and Physician, served the Madras Medical Service during 1776–1780 and later as the Superintendent of Samalkot Botanic Garden (in Andhra Pradesh) between 1781 and 1793. Subsequently, he served as the first salaried Superintendent of the then East India Company's Garden or the 'Company Bagan' (now ‘Acharya Jagadish Chandra Bose Indian Botanic Garden’) from 1793 to 1814. Roxburgh laid the foundation of plant taxonomy in India and established the ‘Calcutta herbarium’, presently known as ‘Central National Herbarium’ (CNH). He was also the first botanist to make systematic study of the Indian plants and his efforts resulted in the publication of “Plants of the Coast of Coromandel” in three large folio volumes (1795–1820), “Hortus Bengalensis” (1814) and “Flora Indica” (1820 – 1832) (posthumously). Hence, he is considered as the ‘Father of Indian Botany’.

While carrying out his studies on the Indian plants, Roxburgh got made life-size colored drawings made by the Indian artists (using natural vegetable dyes) of almost all the species described by him. These drawings were supposed to have been made between 1780 and 1815. The original set of Roxburgh’s drawings consisting 2532 drawings is preserved in the Central National Herbarium, Botanical Survey of India, Howrah (CAL) and the duplicate set, as described by C.B. Clarke, which was sent by him to the East India Company is now housed at the Library at Royal Botanic Gardens, Kew (K). The size of the individual plate or folio sheet is about 45 x 30 cm, which are mounted on thicker sheets of the same or slightly larger size. Each drawing represents almost always the natural size of a single species, but at times 2 or 3 species were drawn on the same sheet and rarely as in some palms, water lilies, etc., 2 folio size sheets were joined together to cover the drawings of a single species.

The need for botanical drawings was that they were by far the most accurate means of recording natural history specimens and the easiest to store and transmit. Almost all the illustrations made by Roxburgh's Indian artists was drawn on imported English rag pulp paper, to maintain high standards in quality and durability for his paintings in the harsh climate.

A.T. Gage, superintendent of Calcutta Botanic Garden (1906 – 1923) got these drawings arranged according to the sequence of families, genera and species as in J.D. Hooker’s “The Flora of British India” and got them bound into 35 volumes. All the Roxburgh’s drawings have been digitized by the Botanical Survey of India.